Manike Mage Hithe Has Shown How Music Can Bring People Together: Yohani

How did a 28-year-old manage to make the whole world dance to her tune? Let’s find out! 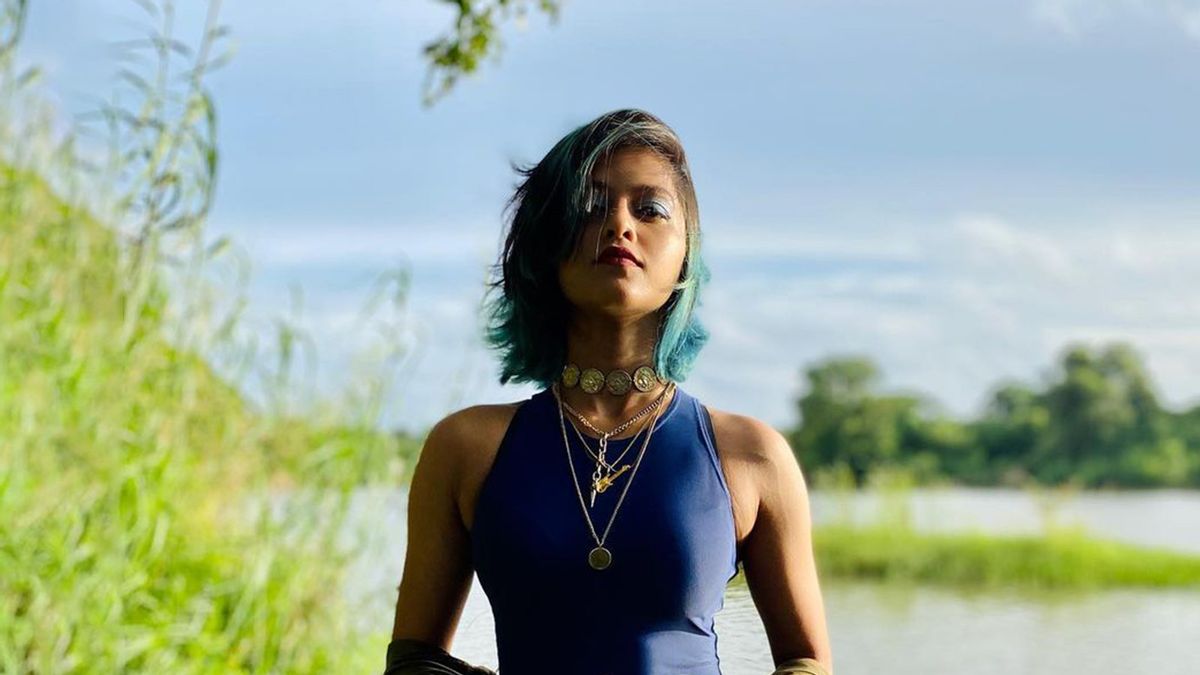 At a time when creative success is measured by a fleeting moment of a scroll and swipe on a smartphone, 28-year-old Sri Lankan musician, Yohani de Silva has left an indelible mark with her cover version of the Sinhala love song, Manike Mage Hithe. If numbers are a metric of success, then this song with over 176 million views and counting, 900K Reels on Instagram is a veritable success. The popularity has spawned several versions in regional Indian languages like Telugu, Tamil, Hindi, Bengali and Malayalam. Thanks to the recent English cover by Dutch artiste Emma Heesters, Manike Mage Hithe is now being recognised internationally.

Manike Mage Hithe is not the Lankan artiste’s first dalliance with success. She first hit Sri Lanka’s music scene with her Red Bull Performance in Sri Lanka at the end of 2019. Prior to that she did what all hardworking and ambitious musicians do—play at pubs, bars and gigs—just to keep her passion and profession alive.

Yohani’s peppy version of Manike Mage Hithe, originally released in 2020 in Sinhala and sung by Satheeshan Rathnayaka, was released a year later on YouTube in May 2021. As of October 2021, after 11 weeks, the song continues to be on the YouTube Charts for Top Music Videos. Yohani was recently in India for live performances on Zee Live’s Supermoon #NowTrending stage in Gurugram and Hyderabad.

She grabbed the opportunity to make her presence felt and grab a foothold into the Indian music scene and sang her first Hindi song, the title track for the upcoming film, Shiddat. Yohani also made appearances on popular television shows, including Bigg Boss, where she managed to make Salman Khan sing the viral tune. And also become a Bollywood favourite with several celebs such as Jacqueline Fernandes, Madhuri Dixit, Tiger Shroff and others shaking a leg or two. AND most recently signed her second Bollywood film, Thank God, to sing the Hindi version of the now epic Manike Mage Hithe!

We had the opportunity to pick the brains of the young creative genius about her success, future and of course, the making of the viral track Manike Mage Hithe.

1. Can you take us through the journey of the making of Manike Mage Hithe?

It all started with a piano cover of the song I did on TikTok. It’s a love song and a happy one at that. Then Chamath Sangeeth, the producer of this song, asked me if we should do a cover version of the song. I recorded my playback from home, so did Satheeshan—he did the Sinhalese rap in the song—because we were all under lockdown at that time. Chamath then spun his magic to the song.

The music video of Manike Mage Hithe was a very simple production, but the output reached a lot more people than we expected. We actually shot the video from one angle and we were just trying to have fun with it. From recording the song at home to the final video production in the studio, the journey and the huge popularity of the song across Asia and especially in India has been amazing.

Jonita Gandhi: I Dreamt Of Being Part Of Bollywood, But It Wasn’t Planned

2. Why and how did you pick up the trumpet and the French horn as instruments?

I was always into music as a kid. When I was in school, I was in the senior Western band, and that’s when I started playing the trumpet and the French horn. I played these two instruments for about four to five years in school. I still use them in my shows when I play at concerts and gigs in Sri Lanka.

3. How is the Sri Lankan independent music scene like?

The Sri Lankan music scene is very similar to India, I think. This is my personal opinion, but there was a time when music wasn’t considered a serious career option; that was how a lot of young people were brought up. Today, I see a lot of musicians and artistes, who are pursuing music than before, which is really cool.

4. What is next for you and your music career?

Right now, my main goal is to complete my album, Kella, which will be out next year. The first song from the album, Ithin Adare, was recently released. Kella means woman in Sinhalese—the album and its 12 songs will talk about and embody the different facets of a woman and a girl.

The music is done, but there are a few things regarding videos and the production side of it. There are a few collaborations in the pipeline as well.

5. Music has a universal language; how has Manike Mage Hithe reiterated this adage?

It’s been really cool to see that a lot of people who don't know or understand Sinhalese have enjoyed the track and are coming up with regional versions of the song. It truly shows the power of how music can bring people together from different worlds. And it is not just my song. If you take, for example, Spanish music or even English, we all just listen to it without knowing the meaning sometimes.

6. How was the experience of recording a Hindi song for the film, Shiddat?

I wanted to try Hindi, so when this opportunity surfaced, I went with it, and I got to learn a lot. My pronunciation is not still perfect, but in the future, I will try to perfect it. It was a fun experience to learn the language, sing in it and understand the meaning of it.

7. Do you think Manike Mage Hithe has opened Sri Lankan culture to the world?

Yeah, I think a lot of people have become more curious about Sri Lanka. A lot of people have even asked me whether it's a part of India! It’s a positive change because I know that our country is being recognised and acknowledged and I played a small part in it. I introduce Sri Lankan cricketers like Sanath Jayasuriya and Mahela Jayawardene because the world knows about our cricketers.

5 Bollywood Rom-Coms That Make For The Perfect Date Night

6 New Movies To Watch This February